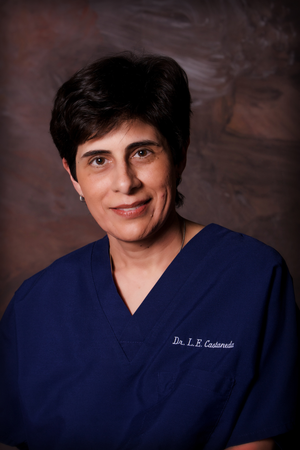 Dr.. Castañeda was born in El Salvador and relocated to Texas in 1982. In his country, he studied at the prestigious Catholic School Mary Help of Christians there took a rigorous academic program that earned him several honors and academic awards. He became part of the national swimming team and national team volleyball. Dr.. Castañeda participated in many national and international competitions, won medals and broke new national and international brands.

In Texas, he continued his education at the "Southwest Texas State University" in San Marcos. Here he completed an intensive academic program for three years and clinical rotations in the "Seton General Hospital" in the "Brackenridge Hospital General" and the "Saint David's General Hospital" in the departments of respiratory and pulmonary services. When he was in the " Southwest Texas State University " he won the scholarship: "Roy's Honor Scholarship" and the title of "Good Neighbor's Outstanding Academic Achievement Award" for three consecutive years.

Dr.. Castañeda graduated from the "Southwest Texas State University" with great honors and a degree in "Allied Health Sciences" in Respiratory Therapy.

The doctor continued his studies at the University of Houston where he earned a degree in Biology in 1983. In 1998 he earned a doctorate in optometry from the University of Houston . In the faculty of optometry, he received six letters of clinical excellence of the academic Committee as well as letters of recommendation from Dr. Charles Garcia and Dr. Scott Sawyer for his excellent work during their clinical practices.

. During his career, Dr. Castañeda has won several awards; including the '' American Top Optometry Award "Who's Who in America and Who's Who in Madison.

Dr.. Castañeda has worked in both optometry and ophthalmology over the past 16 years, which has given him extensive experience in the area of ​​diagnosis, treatment and management of diseases of the eye care, vision therapy in the postoperative joint management cataract, pterygium and refractive surgical procedures.

He has also worked part - time as an assistant clinical professor at the University of Houston, College of Optometry in over 5 years. Dr.. Castañeda is a certified therapeutic optometrist specializing in the treatment of glaucoma , is also the preferred doctor in the joint management of Lasik surgery "Eye Center of Texas." He has many years of experience in adjusting all types of contact lenses, including specialized contact lens as scleral, semi-scleral, keratoconus, post surgical lenses and "SynergEyes". She enjoys helping children and young patients who have problems with their eyes. The doctor is very interested in working in adjusting corneal molding.

Dr. philosophy. Castañeda in clinical practice is mainly oriented to the patient, she takes the time to listen to what the patient has to say, to answer your questions and explain your problem carefully see. Like dealing with patients of all ages. He speaks English and Spanish perfectly. His favorite activities in their spare time are to share with your family, your dog, swimming, reading and exploring archaeological sites in Latin America.